Members of the Caloosahatchee Marching and Chowder Society and Gulf Coast Sailing Club participated in a Naples to Fort Myers sailboat race on Saturday, March 10th. The race began at 10:00 a.m. local time with boats tasked to cover a 22 nautical mile distance. An approaching weather front made for a windy morning breaking into a light, persistent rain in the  late afternoon.

All of the crews enjoyed a great first half of the race with mixed clouds and sun and a strong breeze, tailor-made for a nice long spinnaker reach. The second half of the race became slower for most boats racing, followed by a damp finish as the rain set in. In all, there were 12 boats registered in the race, with 10 boats finishing. The race was followed up with a friendly get-together at Salty Sam’s Marina located on the harbor side of San Carlos Island overlooking Fort Myers Beach.

Overall winner and top boat in the Spinnaker Class was “T-Bone,” skippered by Jason Richards of Naples. He and his crew sailed the S2 7.9 well, completing the race with an elapsed time of 4 hours and 3 minutes with an average speed of 5.4 knots. Second place overall was awarded to skipper Dan Spence aboard “Vagabond” with an elapsed time of 4 hours and 16 minutes. “Ad Bellum,” skippered by Roger Horton, took third place overall in the race, plus first place honors in the True Cruising Class. The Non-Spinnaker Class win was earned by skipper Diane Fowler and her crew aboard “Windy City.”

Full class-by-class results can be found on the CMCS website. Although each sailing club maintains their own respective schedule of regattas and cruises throughout the year, they greatly enjoy co-oping events. CMCS Rear Commodore of Racing James Gallagher has done a fantastic job collaborating with other area sailing clubs. Interested sailors are encouraged to gain more information on each club’s respective web site.

Southwest Florida Sailing Clubs in these racing partnerships include: 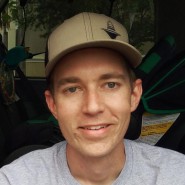 Tell Congress No to E15 Expansion